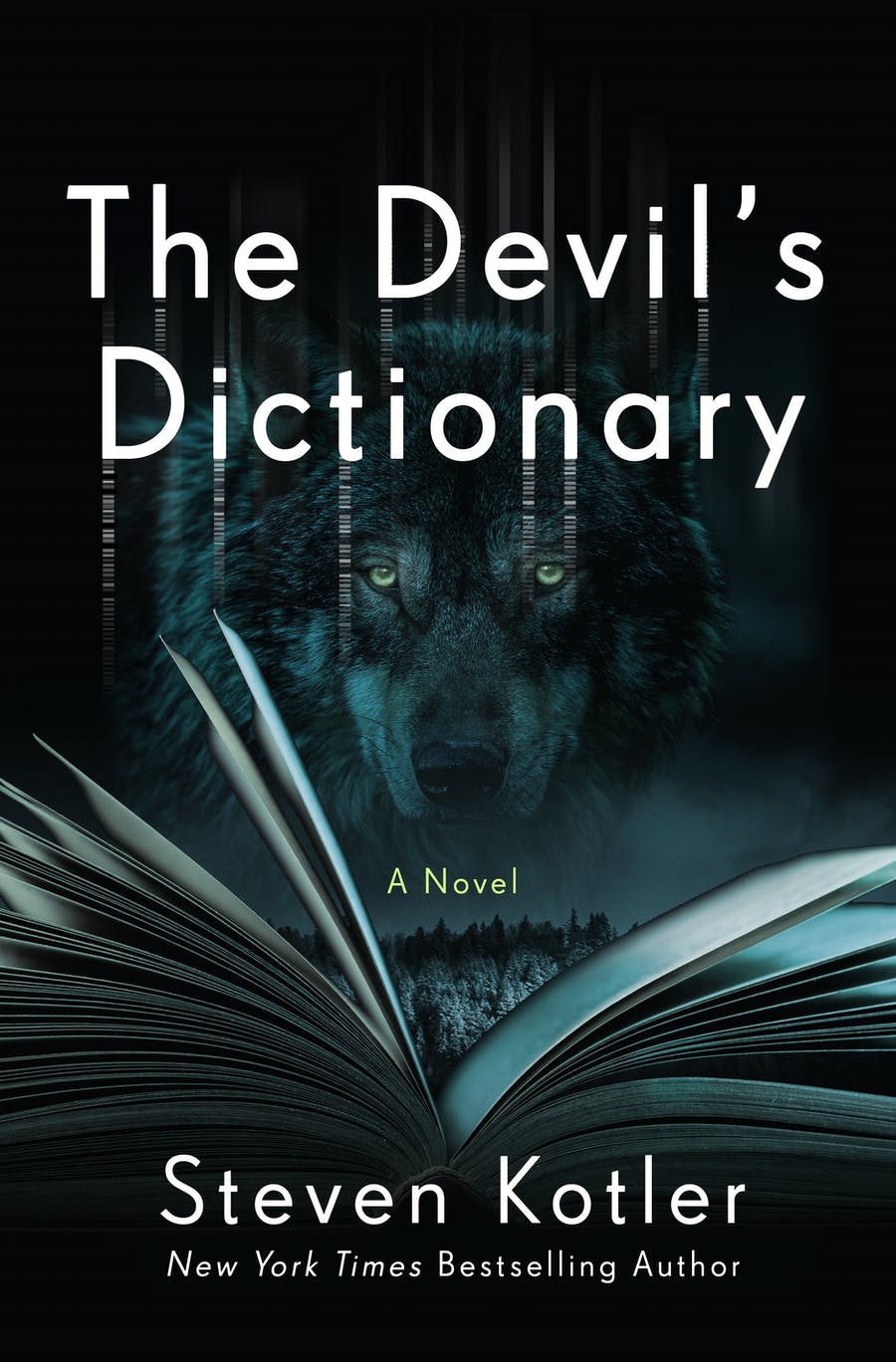 For those who are looking for an unconventional sci-fi read exploring topics of ecology, empathy and the morality of making money, this book will have you snap your fingers and go ‘found it!’ The Devil’s Dictionary is full of complex questions, but it never leaves levity behind. It’s wry protagonist and clever, tongue-in-cheek narrative style are bound to get you hooked.

Hard to say exactly when the human species fractured. Harder to say when this new talent arrived. But Lion Zorn, protagonist of Last Tango in Cyberspace, is the first of his kind—an empathy tracker, an emotional forecaster, with a felt sense for how culture evolves and the future arrives.

In The Devil’s Dictionary, when a routine em-tracking job goes sideways and em-trackers themselves start disappearing, Lion finds himself not knowing who to trust in a life and death race to uncover the truth. And when the trail leads to the world’s first mega-linkage, a continent-wide national park advertised as the best way to stave off environmental collapse, and exotic animals unlike any on Earth start showing up—Lion’s quest for truth becomes a fight for the survival of the species. (from Macmillan)

Hands down, my favourite read of the year! Kotler takes no prisoners in this sci-fi novel meets detective mystery. The premise that a mind-altering substance actually increases your empathy to other, especially other-than-human, beings is refreshing after the convention of sci-fi tech equaling emotionless rationality. It is also an excellent premise through which to discuss human-led ecological change, which Kotler does exceptionally well.

Kotler’s language has a superb physicality to it. Like ‘one of those info-marketers turned self-help gurus, …, who seems to have self-helped himself to damn nearly every piece of real estate in this part of London’ – a situation that is both alternative reality and also here, now, unapologetically in your face. The dialogue especially is a marvellous thing. The story’s diverse cast is captured through unique linguistic patterns and mannerisms. The conversations are vibrant, with interruptions, tangents and in-jokes that make them come alive. I’ve had these conversations with my friends. Well, maybe not exactly these conversations…

Since I work on ecological themes in literature for my research, The Devil’s Dictionary was a goldmine of philosophical quandaries and popular imagination assumptions, all bound up in a riveting plot that zigs and zags its way through the mystery, but never lets the readers lose themselves. I finished the book galvanised; perhaps, because despite tackling current social concerns, the novel does not preach anything, but presents a complex situation in a complex world. And that world is not lacking in beauty for being imperfect. It’s a book with feeling, and I wholeheartedly recommend it to anyone!

Earlier this week I got the #bookmail of my dreams